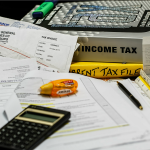 New simple record keeping apps have been developed with help from HM Revenue and Customs.

To help small businesses with record keeping on the go commercial software companies have worked with HMRC to produce some simple record keeping apps suitable for businesses below the VAT registration threshold (currently £77,000).

These mobile apps will help you maintain good records and contain links to HMRC advice and guidance.  The majority of the apps are free.  Although HMRC have not tested any of the apps (and neither has Clearways Accountants) the suppliers have confirmed that the app meets the specifications set out by HMRC.

The apps cover iPhone, iPod touch, iPad, Android and windows Phone 7.  It doesn’t look as if Blackberry app is available yet but the list is in its infancy.

Follow the link to the HMRC web page and see what products are available.

Any good feedback on the apps will be published.