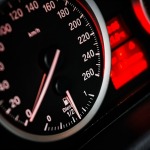 The budget included proposals on company cars for the next few years, up until April 2017.

This information has been input into our Car calculator 2012-13 spreadsheet.  This spreadsheet calculates the tax effect of a director and owner of a Limited company purchasing a car either as a company car or privately.  What is very apparent is that the benefit-in-kind charges at the lower end of the carbon emissions scale are increasing rapidly.  Given that most small business owners do not change their car every three years (unlike fleet operators) they are going to be on the receiving end of a shock when their year-end benefit-in-kind calculation are provided on the P11D.

For example, a green purchase of a car with emissions of 115g/km was assessed at 10% of list price in 2011-12 but in the current year 2012-13 will be assessed at 14%; not much of a reward if you thought you were doing the right thing for your business, yourself and the environment.

Also to be included in the Finance Bill 2012 is a proposal to end the 0% and 5% rates on zero emission cars and those with emissions of less than 75g/km.  From 2015-16 all cars with emissions of less than 95g/km will be assessed at 13% of list price so your environmentally friendly Vauxhall Ampera with emissions of 40g/km will no longer be assessed at 0% of list but will be taxed at 13%.  Given that these very low emission cars use expensive technology (and therefore qualify for a £5,000 grant from Government) the benefit in kind will increase from £0 to £4,550 (calculated as 13% of £29,995 plus grant).

For those drivers who like cars at the other end of the emissions scale the top rate of 35% will be frozen until 2015-16 when it will increase to 37% for cars with emissions of 210g/km or over.  Also for diesel car drivers the 3% surcharge that has applied to all cars will be abolished in 2016-17.

It may be that the time for buying environmentally friendly cars within family companies is coming to an end.  Does anyone want a van?