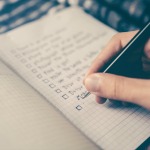 Last year HMRC began testing a new compliance procedure – Business Records Checks (BRCs). The aim was to visit smaller businesses and identify those that are not keeping adequate records. The professional bodies, including ICAEW, had serious concerns about the process, and in the face of these HMRC suspended BRCs.

HMRC has re-launched BRCs and the roll-out of BRCs will be done region by region, over a 14-week period beginning on 1 November 2012 and ending early in 2013.

The BRC process and guidance for businesses is given on the HMRC website at Business Records Checks.

HMRC’s computer-driven risk analysis produces a list of cases for possible BRCs. The theory is that BRCs will only be targeted at businesses where HMRC perceives some risk that records may be inadequate.

An HMRC Compliance Centre will write to those on the list saying that they are being considered for a BRC and that they will phone them a week later to ask a few questions.  If you receive one of those letters contact your accountant straight away don’t wait for the phone call as your accountant will want to call HMRC.  There are about 15 questions, all of them quite basic so your accountant should be able to answer them easily.

This phone call should eliminate most businesses who use accountants and only a minority of those called will get a visit.

A BRC visit is not intended to identify whether your records are good or even reasonable. HMRC’s concern is whether they are adequate to enable a correct and complete return to be prepared.  “Adequate” represents a very low bar.  In some cases keeping the bank statements alone will be sufficient.  HMRC’s main concern is to check that there are sufficient records to ensure that all of the income will be picked up when the return is prepared – HMRC are less concerned about expenses – and therefore fairly basic records will meet this concern.

If HMRC thinks that the records are inadequate the officer will explain at the visit why he or she thinks so; your accountant may disagree and there is an informal internal appeal route for your accountant to try to convince another HMRC official that your records are adequate.

If it is accepted that your businesses records are inadequate HMRC will make a further visit around three months later to check that you have improved your bookkeeping.  If no changes have been made, or the changes are clearly not good enough HMRC will consider imposing a record-keeping failure penalty; at this stage it is likely to be £500.

If you don’t use an accountant and receive a letter don’t panic, remember you can contact us to arrange your free one hour consultation.