How might the Taxation of Controlling Persons affect you? 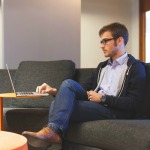 We have been asked this question a number of times recently.  For those of you who don’t know this is proposed new legislation that would apply to contractors working through their own Limited Company.

HM Revenue & Customs are responding to the recent outcry in the press regarding senior civil servants and managers at the BBC working as contractors through their own companies.  At Clearways Accountants we believe HMRC should continue to use the IR35 legislation as this is now supported by a number of court cases.

So what are HMRC proposing?

The government believes that where an individual has sufficient control to direct the activities of the organisation and they are engaged at a senior level (through their own company) then that individual should be taxed as an employee.

HMRC are, therefore, proposing to introduce legislation that would require a client to place all controlling persons on the payroll and operate PAYE and NIC on that basis.

How would the provision work?

It has been suggested that a de-minimus per day charge rate should be used to give contractors a benchmark threshold below which they will not have to consider the proposed new legislation.

The consultation period has closed, so we await the next installment…