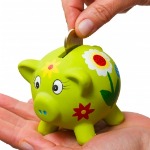 “Liberate your pension”? Be warned!

More and more workers under 55 are being persuaded to “unlock” their pension savings; especially if they have fallen on hard times and need emergency cash.

The police, the insurance industry and regulators have been warning about unscrupulous financial advisers taking advantage of an individual’s need for cash during the recession; this con seems to have gathered pace in the last nine months.

In May, City of London Police raided an office and arrested seven people for allegedly texting and cold calling people offering pension “liberation”.

The Times also quotes that an estimated £400 million has been improperly transferred from legitimate pension savings.

Fees and taxes are very high

The victims find that most of their pension pots disappear in fees and taxes.

Please be careful it is almost always unwise for people over 55 to take savings out of a pension.