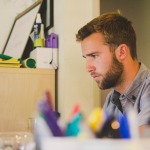 Gordon contacted Clearways Accountants when he realised that he should no longer trade as a self-employed IT provider.  His company had already been formed and he was happy to do the bookkeeping, complete the VAT Returns and run his payroll himself.  Initially Gordon only wanted Clearways Accountants to prepare his company accounts, abbreviated accounts and corporation tax return.

Have you developed valuable goodwill?

When Clearways Accountants met Gordon we talked through his business and it came to light that he had a valuable customer list that had grown since 2002.  We valued the customer list and on the transfer of his trade and assets to the new company we included a value for goodwill.

What did this mean?

If you have been successfully trading as self-employed and you think it may be time to incorporate then contact Clearways Accountants for your free consultation to see what options you have on the transfer of your trade and assets to the company.