Tax avoidance – the rules have changed and schemes are failing 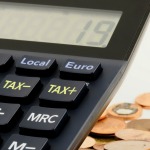 One of Britain’s largest providers of tax avoidance schemes has closed for new business, according to The Times newspaper.

Future Capital Partners had acted for some high profile names such as Sir Alex Ferguson but the company has lost a series of court cases in 2012.  Not only has the company lost court cases but new tax avoidance legislation has curtailed the company’s activities.

It was reported on Wednesday 9th April that Future wrote to investors in the Eclipse 35 film production scheme asking for a payment of £334,978 per person to cover legal costs due to HMRC.  Under the scheme investors joined a partnership that bought the rights to Disney films “Enchanted” and “Underdog” enabling them to legally claim tax relief on the borrowing costs of the deal.

However two tax tribunals ruled that the Future scheme was ineffective, leaving each member with losses of more than £1 million.

If you are looking to enter into a scheme you must be prepared for the scheme to fail.  In addition, HMRC have introduced new legislation that requires a taxpayer to pay any tax saved through joining a tax scheme upfront to HMRC and then argue with HMRC or through the courts in order to prove the scheme is effective.

If you are thinking of joining a scheme you should get a second opinion on whether the scheme is effective.