Contractor Accounting: What is a Contractor Loan Scheme?

By: ClearwaysAccountants|Published on: Oct 15, 2014|Categories: Contractor, Self Employment| 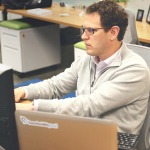 A contractor loan scheme is a tax avoidance arrangement where non-UK employers have paid you untaxed income or given you a loan instead of part of your salary.

If you’ve taken part in a contractor loan scheme you may still have to pay Income Tax on the loan.

HMRC have recently won a case on this matter and are now giving tax payers a window of opportunity to bring their tax affairs up to date on the best possible terms.  This opportunity is for the tax years up to 5 April 2011 and is open until 9 January 2015.

Who can do this?

You can take up this opportunity if you’re an individual who has used a contractor loan scheme and you are not:

Have you received a letter from HMRC?

HMRC may have already sent you a letter to tell you about this opportunity. If you have an accountant acting on your behalf then you should have already discussed your next steps.

If you think you’ve received a letter by mistake, you or your accountant should contact HMRC to tell them why you think it doesn’t apply to you. If HMRC has made a mistake they won’t send you any further correspondence about the settlement opportunity.

How to take up the settlement opportunity?

If you want to take up the settlement opportunity you (or your accountant) should contact HMRC by 9 January 2015.

Where you agree settlement with HMRC, the terms of the agreement will be legally binding on both you and HMRC – they won’t be affected by any future legal proceedings. Also, if HMRC agrees a contract with you it won’t be binding on any third parties for any tax they might owe.

If you decide not to take up the settlement opportunity

If you don’t take up the settlement opportunity or come to an agreement to settle, HMRC will continue to take legal action which could lead to you owing more Income Tax or additionally, National Insurance contributions.

Find out what you owe

HMRC may have estimated the Income Tax on the loans you’ve actually received based on the rates typically offered. To make sure you don’t pay too much or too little tax please check your records or bank statements and let HMRC know the exact accounts received. If you want to find out how much you might owe before agreeing to a settlement, you can ask HMRC for a calculation. Please complete and send HMRC form DO3 Contractors loans settlement opportunity – request for tax and interest calculation.

Loans from a trust

If your arrangements involved loans from a trust, there may be Inheritance Tax due. If there is, HMRC will let you know in your calculation.

Interest will run from the original due date until when it is paid so the longer you take to settle, the more you’ll have to pay , although interest rates are quite low at the moment.

If you agree settlement with HMRC it is unlikely that you will be charged a penalty.

If you want to take advantage of the settlement opportunity but can’t pay the full amount due now, then you should contact HMRC.

If you do not want your accountant who proposed the scheme to act for you but would like help, please contact Clearways Accountants on 01737 244298 or through the contact form below.  Remember the deadline to take advantage of this settlement opportunity is 9 January 2015.