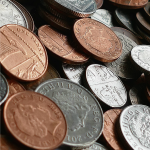 Thousands of small and medium-sized enterprises (SMEs) in the UK, currently more than 35,000, are joining the campaign against recent changes to the taxation of UK dividends, which come into effect next April.

Serena Humphrey, a Nottingham based small business owner and founder of Survive and Succeed, believes that the ability to take dividends as a share of profits that have already been taxed at 20 per cent, up to the higher earners’ threshold, was one of the fundamental components of risk and reward for the hard working entrepreneur. She and her 35,000 followers are urging other business owners to sign a petition arguing against the reforms that would force Parliament to debate the issue.

In his ‘emergency’ Summer Budget, Chancellor George Osborne announced the replacement of the Dividend Tax Credit with a new Dividend Allowance. The allowance will be available to anyone who has dividend income. The changes will mean that only the first £5,000 of dividend income is tax-free.

At Clearways Accountants we agree with these thoughts. Running a small business is hard work and the entrepreneurs and flexible workers that the Government boast about should be encouraged not hit hard.