The Panama Papers – Tax evasion, tax avoidance and can putting assets offshore ever be okay? 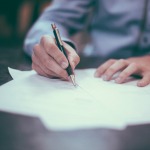 I think the answer is yes!

If I lived in Russia, China, Syria or even Greece I would think very carefully about putting my assets offshore i.e. not in my country of residence. I would be concerned that the government (or lack of government) would commandeer my assets. In these circumstances putting assets somewhere safe seems sensible.

However, if you are only putting assets offshore so that you don’t have to include any income on your tax return that is evasion and HMRC should prosecute.

What about the schemes Gary Barlow and Alex Ferguson used?

Both men signed up to schemes designed by tax boutiques. These boutiques designed their arrangements with the aim of taking advantage of gaps in the film partnership or creative incentive legislation.  When the arrangements were challenged in the courts they were found to be ineffective i.e. they didn’t work.

As a tax professional this is different to the evasion of using Panama and not declaring income.  Under the scheme everyone thought they were obeying the law and thought everything had been declared correctly.

This may seem like splitting hairs but HMRC’s view of the tax legislation is challenged in the courts and at Tribunal all the time and HMRC are not always correct; in fact they are often proved wrong.  HMRC have to apply the law as it is written (in the same way the police do) and not the law as they wish it had been written.

This view may be at odds with the UK media but I think there is a difference that the newspapers chasing headline do not have to consider.