Pension Freedoms: Don’t be a victim of pension crooks! 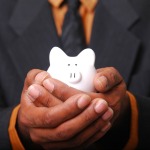 According to recent reports, MP’s are to look into the effects of the pension freedoms introduced two years ago by George Osbourne. The new pension freedoms allowed you to cash in your pension pot once you reached the age of 55. Twenty-five percent of the money would be tax-free and the balance would be taxed as part of your income and taxed at your marginal rate of tax, 20%, 40% or 45% depending on your other income that year.

Frank Field, Chairman of the Common’s Work & Pensions Committee has said, “a new breed of pension crooks” had grown up to try and part people from their pension savings.

Is it just crooks the Committee will look into?

No, the Commons Committee are concerned that people are not getting value for money from their savings. It is possible that individuals will experience poverty in their old age from poor advice and poor investment strategies. The Financial Conduct Authority found that 30% of people accessing their pensions were doing so without taking any financial advice.

What are the figures?

Figures show that a million pension pots have been accessed and £11.8billion withdrawn (so a good windfall for the Treasury).

The Financial Conduct Authority claimed that taking pensions early was becoming the “norm” with 72% being accessed by people in the 55 to 65 age range.

How much is fraud?

Police data has indicated that £43 million had been lost to fraud since the policy was announced.

If you are thinking of accessing your pension fund you should take the advice of a professional. We have Trusted Partners listed on our website.