TV Contractors – The BBC is in a pickle over IR35… 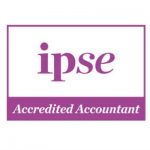 The BBC should have reviewed contracts under IR35

As reader of this blog will know, the Government did not change the rules on IR35 in April 2017 but did change who has to make the assessment. All public sector bodies were included in this new measure, including the BBC.

It now seems that the BBC have not reviewed presenter contracts properly. Many presenters have said the corporation forced them to form companies so they could be treated as freelancers and although the presenters lost some of the benefits of employment, such as redundancy and sick pay, they will have retained more of their earnings (i.e. paid less tax and national insurance). Contractors have recognised these as the “pros” and “cons” of contracting for many years.

It now seems that the BBC paid a lump sum to HMRC to cover any tax and NI due and the BeeB is now looking to recover this money from the presenters. A number of presenters have suffered with stress and anxiety with this tax bill hanging over them.

A Parlimentary committee has received evidence from presenters who say they are facing ruin because of back-tax demands, some worth up to six figures. About 200 BBC presenters are being investigated by HMRC to establish whether they avoided tax because they were paid as contractors but were effectively BBC staff. It appears that the BBC had saved approximately £10m per year on national insurance payments through paying presenters through their companies.

We hope the presenters have used accountants and that those accountants are “IPSE” qualified as they would have provided contract advice before signature and asked for any amendments to ensure the income earned from the BBC fell outside IR35 at least in the pre-April 2017 era.

For periods since April 2017, then the BBC should have been deducting tax and NI at source and it was beholden on them to do this IF the contract fell within the provisions of IR35. All the affected presenters need to get their contracts reviewed and join together if the BBC issued standard contracts. Just because HMRC and the BBC think a contract is inside IR35 does not make it so. HMRC have lost as many cases as they have won on IR35.

If anyone is affected by this and would like to have a confidential conversation with our IPSE qualified accountant, then please contact us by email.