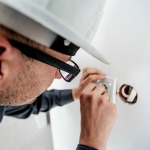 The press have given a lot of column inches to the problems the BBC and BBC presenters are having with IR35 but a recent decision at the tax tribunal shows that the era of the personal service company is far from over.

In this case the contractor company provided construction management services to large building projects.  The work, as described at the tribunal, involved supervision of night works.  HMRC challenged the company and stated that in their view the “deemed” contract between the worker/director and the end client was one that “looked and smelt” like employment (our words not those of the legislation or HMRC)!

IR35 is looked at on a contract by contract basis and interestingly the worker/director tried to point to other contracts he had undertaken that were agreed to be outside IR35 as evidence he was not a deemed employee. The tribunal did not allow this and so the contract was assessed on its own.

HMRC argued that the end client controlled what the worker/director did, by specifying the shift patterns and a list of work which needed to be done. The tribunal did not agree, their view was that all aspects of a contruction project must flow together so the project was finished in the most efficient manner and therefore the worker/director could not just “turn up and say he wanted to work on the roof today”.

The tribunal came to the conclusion that as the worker/director was not entitled to a notice period, holiday pay or any employment benefits under the hypothetical contract between the worker/director and the end client, then the relationship could not be one of employee and therefore IR35 did not apply.

If you want more information on IR35 please see our blog – All you wanted to know, and more, about IR35!

If you would like to become a client of Clearways Accountants and benefit from a IR35 contract review then please get in touch.