Another defeat for HMRC over IR35 – what does this mean for contractors? 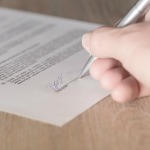 An IT contractor was working for the Department of Work and Pensions (DWP) on the rollout of universal credit. Ian Wells was a business analyst with the contract between his company, Jensal Software Ltd, and the DWP running from May 2012 to April 2013.

HMRC assessed him to tax and national insurance of £26,000.

The facts of the case were:

The tax tribunal heard that there were regular meetings between Mr Wells and the DWP managers on the project.

In many ways these facts could describe many working arrangements that contractors work under.

Jensal Software had two contracts in the period the first with the DWP and the second with Lloyds Bank. HMRC reviewed both contracts and agreed that the Lloyds contract fell outside of IR35 but determined that the DWP contract fell within the IR35 legislation; Mr Wells contested this decision at the tribunal.

As readers of our other blogs on IR35 will know (see our IR35 blogs the right to send a substitute, control, mutuality of obligation) the legislation creates a hypothetical contract between the DWP and Mr Wells. If this contract “looks and smells” like a contract for services then no tax and NI is due. If the case “looks and smells” like a contract of service i.e. employment then both tax and National Insurance are due.

The judge said, Mr Wells did not work set hours, the contract was task orientated and focused on delivery. He had a right of substitution and this was confirmed by Capita. The judge stated that the level of control was normal for an independent contractor. Based on these factors the contract was deemed to be outside IR35.

This case shows that work that looks like standard working practices can and do fall outside IR35; HMRC are not necessarily correct when they assess contractor companies on tax and National Insurance under IR35.

If you would like to become a client of Clearways Accountants and benefit from a contract review, then please call or email us.