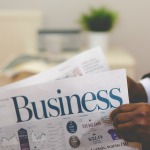 IR35 is changing, but not much!

There are changes coming to IR35 and these changes mirror the changes made in the public sector a couple of years ago.

So what are these changes?

The legislation is in draft form and is included in the Finance Bill 2019 that was published on 11th July 2019.  In essence the rules determining when a contract is inside or outside the IR35 rules (referred to as off-payroll working by HMRC) have not changed.

What are the consequences of being inside IR35?

IR35 status is determined on a contract by contract basis, just because one contract may be considered inside the rules does not mean other contracts will also be inside.

If a contract falls inside the IR35 rules then the total contract income will be considered as wages and therefore tax and national insurance will be deducted.  In addition employer’s NI (at 13.8%) will also be paid.  This means your total tax and NI is likely to be at least 40% of your income, even as a basic rate taxpayer.

So what has changed?

If you are contracting as a small business then nothing has changed; the new rules will not apply to that contract.  Small is defined as:

Small, really does mean small and in the context of contracting these companies are unlikely to use many contractors.

For everyone else the key changes are:

Are HMRC providing any guidance?

HMRC have stated that they will update the CEST (Check Employment Status Tool).  This tool has come in for a lot of criticism.  The facts of IR35 cases that have been decided by the courts have been entered into CEST and CEST has come to a different answer than the courts.  Earlier versions of CEST were taken down by HMRC after accountants complained about the quality of the decision making.

The new form of CEST has not been seen – so watch this blog for updates.

Where are we now?

The legislation needs to be passed, it is currently issued as part of the Finance Bill 2019 and with the Brexit issues dominating in Parliament it is hard to know if the Bill will go through without being checked/reviewed properly (because Brexit is all consuming) or the whole Finance Bill will be dropped because of insufficient time.

What can you do now?

If your contract is due to run over the April start date then you need to be sure what your tax and NI position is going to be in April and for future months.  You should have this discussion when contracts come up for renewal or when you are looking at a new contract.  Clients need to start focusing on either making their contracts IR35 friendly or providing determinations now.  The alternative is to ensure the contract ceases on 31 March so you can start a fresh contract in April.

At Clearways Accountants we will be watching what happens and we will be keeping our clients, and readers, informed.